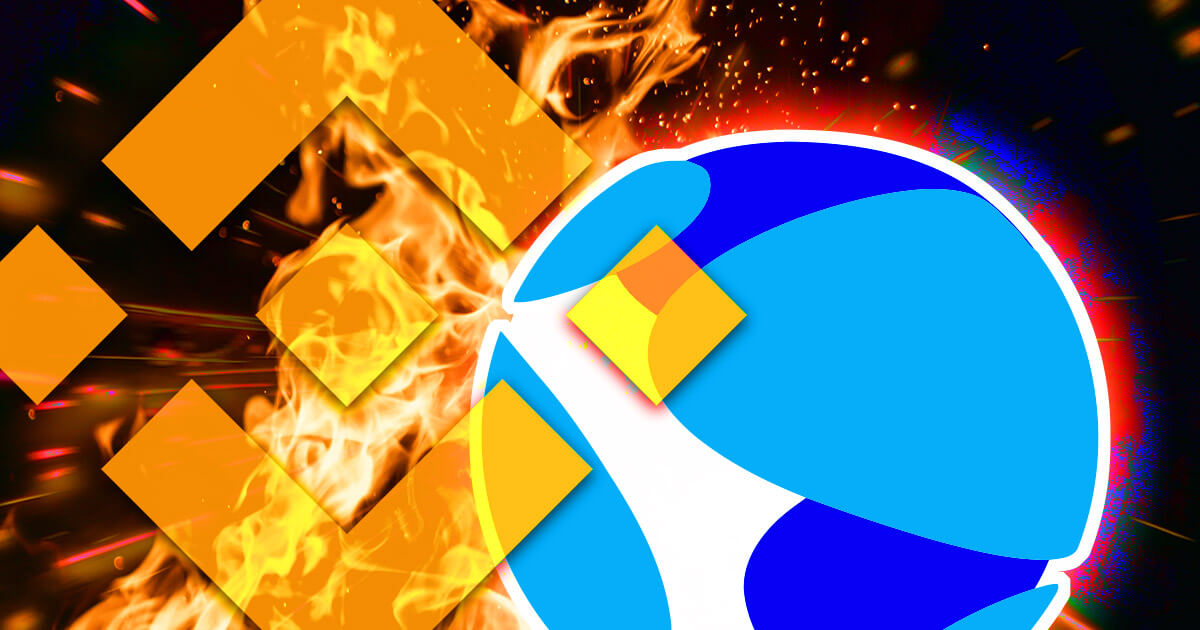 Binance has announced that it will not support the $LUNC tax burn for spot or margin trades made on its exchange. Luna Classic governance proposals 3568 and 4159 were passed to add a 1.2% tax to all on-chain transactions at a block height of 9,475,200.

However, stock trades are managed via an internal order book and are not settled on-chain. Only deposits and withdrawals are recorded on-chain to ensure fast settlement of transactions. DEXs allow users to trade on-chain and will therefore apply the 1.2% tax cut, but other exchanges will likely follow Binance’s lead.

Binance will apply the tax to all deposits and withdrawals, according to a company press release on Thursday.

“Deposits: Transactions will be taxed by the Terra Classic network before they reach Binance. The balance will be credited to your Binance account after the 1.2% tax deduction by the network.

In reality, all exchanges will have to bear the tax burn for deposits and withdrawals as they are recorded on-chain between the exchange and the customer’s wallet. Any announcement that an exchange supports the tax is just public relations positioning. Still, Binance has provided new information in that it will not honor trade burn.

FatmanTerra responded to KuCoin’s announcement by confirming that “you can’t get out of it” and that “no exchange will ever” support tax burn on transactions.

How do you “support” anything here given that the burn tax will be taxed on-chain? You can’t do without it. It applies to all deposit and withdrawal transactions. PR message from Nothingburger. Taxing actual *transactions* would be worthwhile, but no major exchange ever will.

KuCoin took full advantage of the extra attention in a tweet later Thursday, engaging the Luna Classic community to speculate on the price.

However, one exchange, MEXC Global, supports the burn on all spot trades for a limited time. The exchange fee for $LUNC pairs was updated to 1.2% on September 3 and will continue until September 17. All trading fees are burned daily and displayed on the MEXC website.

To support the burn tax proposal of the #TerraClassic $LUNC community, #MEXC will launch a time-limited burning event for $LUNC/USDT Spot Trading Fee 🔥

To date, September 9, MEXC has burned approximately $154 million LUNC valued at approximately $79,500. The exchange said it “will decide whether to extend the event based on feedback from MEXC users.” Leaving the door open for continued burning after September 17.

Get a Edge on the Crypto Market 👇

Become a member of CryptoSlate Edge and gain access to our exclusive Discord community, more exclusive content and analytics.

Sign up now for $19/month Discover all the benefits