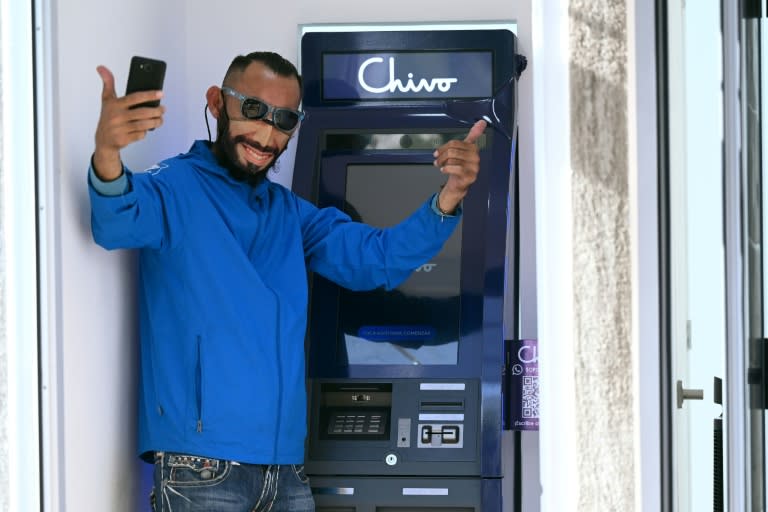 El Salvador on Tuesday became the first country to use bitcoin as legal tender, alongside the US dollar. But how will it work?

Some indications on the monetary experience of President Nayib Bukele:

Cryptocurrencies are digital currencies that can be used to pay for goods and services.

The first was bitcoin, created in 2009, which uses so-called blockchain technology to secure and record every transaction.

Cryptocurrencies, of which there are currently thousands, are not regulated by any central bank and their often volatile price is determined by market factors.

Bitcoins are loaded into digital wallets and accessed through a mobile app. In El Salvador, the wallet is called “Chivo”, which translates to “cool” in the local dialect.

To download the Chivo wallet, you need a Salvadoran ID.

Users can configure Chivo to make payments in bitcoin or their dollar equivalent.

To withdraw or deposit cash (in dollars), the government has set up 200 Chivo ATMs across the country.

To pay for goods and services, both buyer and seller must have the electronic application.

– Is it compulsory to use bitcoin in El Salvador? –

Under a law pushed by Bukele and passed within 24 hours by his parliamentary majority in June, “any economic agent must accept bitcoin as a means of payment when it is offered by the person who acquires a good or a service” .

But if a supplier prefers to receive dollars in online payment, the Chivo user can do a conversion on the spot when paying through the app.

Consumers will not be forced to switch to bitcoin, although those who do will receive a one-time incentive equivalent to $ 30 in their wallet from the government.

The holder of a Chivo wallet can use it to pay for services, buy and sell products, and make transfers to bank accounts without paying commissions, among other benefits.

By law, any good or service previously payable in dollars can now also be paid in bitcoin.

– How does El Salvador finance it? –

The government has budgeted $ 203 million in public money to bolster its bitcoin plan, which it says will allow more people to access banking services and reduce commission fees by millions for crucial remittances sent. from abroad.

Of this amount, $ 150 million is intended to guarantee the “convertibility” of bitcoin into dollars, and $ 23.3 million to finance the deployment. Another $ 30 million has been set aside for the $ 30 bonus for new users.

The government got the ball rolling by buying its first 400 bitcoins on Monday, followed by 150 more on Tuesday, for a total value of $ 26 million.

– Do Salvadorans support him? –

An opinion poll by the University of Central America found that more than 80 percent of those polled were suspicious of the new currency and 70 percent were against it being legal tender.

Almost two-thirds said they had no interest in downloading the Chivo wallet.

The government has not released usage figures.

Before Tuesday’s official launch, some 50,000 Salvadorans were using bitcoin, according to Bukele in June.

Many of them live in the coastal town of El Zonte, where hundreds of businesses and individuals are using the currency thanks to a project by an anonymous bitcoin donor to help people who previously had virtually no access. banking.

They now use bitcoin for everything from paying utility bills to buying a can of soda, and until recently El Zonte boasted of El Salvador’s only bitcoin ATM.

Experts and regulators have highlighted concerns about the cryptocurrency’s notorious volatility, its potential impact on price inflation in a country with high poverty and unemployment, and lack of user protection.

The World Bank has rejected a request for assistance from El Salvador in its attempt to adopt bitcoin as a currency, citing “environmental and transparency flaws”.

Bitcoin and other cyber currencies are “mined” by solving complex puzzles using powerful computers that consume huge amounts of electricity, much of which is produced by coal-fired power plants.

Bitcoin is also criticized by regulators for its potential for illegal use, especially for laundering money from criminal activities and financing terrorism.