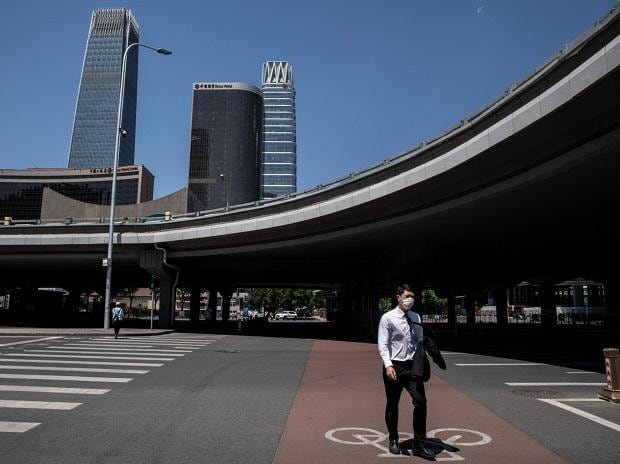 A chasm has opened up between Chinese stocks and the rest of emerging market stocks in recent weeks as pandemic rallies have diverged. This parting of ways is likely to be short-lived, fund managers say.

Chinese stocks appear to be making up for lost ground as extreme pessimism about its economy fades and authorities take further steps to revive faltering growth. At the same time, growing enthusiasm for equities from other developing countries could wane amid a global slowdown, leading to a reaffirmation of their correlation with China.

“I’ve seen this decoupling story many times over the past two decades, it never materialized,” said Zhikai Chen, head of Asian and global emerging markets equities at BNP Paribas Asset Management, who has overseen the equivalent of $504 billion worldwide at the end of June. “From the perspective of trade flows and the size of the Chinese economy for the demand for raw materials, this seems like a heroic assumption.”

The MSCI China index has fallen around 6% over the past month, while a similar MSCI indicator that tracks the rest of emerging markets has jumped 7% over the same period. The same disparity also appeared in bond markets, with Chinese debt registering a gain of less than 1%, compared to a return of 4% for emerging markets as a whole.

Valuations have become so depressed for Chinese stocks that there is plenty of room for a rebound if sentiment stabilizes. The authorities signaled their intention to support growth last week, as the central bank unexpectedly lowered a key rate. The government could trigger more pro-growth measures ahead of the National Party Congress due to take place later this year as President Xi Jinping seeks a third term.

Meanwhile, growing doubts are mounting in the rest of emerging markets.

The dollar has started to strengthen again from a low reached at the beginning of the month, slowing the inflow of foreign funds into developing countries as a whole. Financial conditions are also tightening globally as central banks raise interest rates to contain inflation, weighing on the growth prospects of many emerging economies. Close ties to the slowdown in the US economy should also weigh on performance.

Emerging markets outside of China held up ‘mainly on overoptimism that the US economy won’t slow as much as expected and the Fed won’t have to tighten monetary policy as much’ , said David Chao, a global market strategist in Hong Kong at Invesco, which oversaw $1.45 trillion in July. “I’m not sure I’m buying this.”

In Asia, South Korea and Taiwan look particularly vulnerable, as spending cuts by their biggest customers like Apple Inc. underscore a slowdown in demand for chips, whose makers are index heavyweights.

That said, some emerging market sectors outside of China could continue to outperform, with Indonesia and Brazil supported by energy stocks and India by financials, which are thriving amid recovering domestic demand.

The divergence between China and other emerging markets will also begin to close as the slowdown in the world’s second-largest economy spreads to its closest trading partners, such as Korea and Malaysia.

“Over the long term, whether emerging markets can ‘decouple’ from a slowing China to outperform depends on their starting valuations and whether there are growth drivers other than exporting raw materials to build. Chinese homes and infrastructure,” said Ian Samson, a fund manager. at Fidelity International in Hong Kong.

Business Standard has always endeavored to provide up-to-date information and commentary on developments that matter to you and that have wider political and economic implications for the country and the world. Your constant encouragement and feedback on how to improve our offering has only strengthened our resolve and commitment to these ideals. Even in these challenging times stemming from Covid-19, we remain committed to keeping you informed and up-to-date with credible news, authoritative opinions and incisive commentary on relevant topical issues.
However, we have a request.

As we battle the economic impact of the pandemic, we need your support even more so that we can continue to bring you more great content. Our subscription model has received an encouraging response from many of you who have subscribed to our online content. More subscription to our online content can only help us achieve the goals of bringing you even better and more relevant content. We believe in free, fair and credible journalism. Your support through more subscriptions can help us practice the journalism we are committed to.