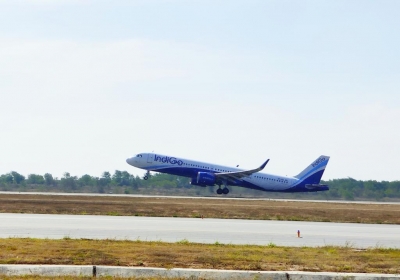 In addition, the airline believes that the economic rebound, the impact of the Covid 2.0 weaning and the acceleration of the vaccination campaign will further complement the growth in traffic.

According to Ronojoy Dutta, Managing Director and CEO of India’s largest airline in terms of market share, said: “My hopes for the holiday season are very optimistic and I think we will have a very good holiday season. end of year.

Traditionally, the holiday season in India marks the start of higher growth in air traffic. This year it will start from October and last until mid-November.

“I predict that by December we will be back to pre-Covid levels nationwide.”

In terms of capacity utilization standards, Dutta said the company is in contact with the Center to get 100% of national capacity soon.

“I think we will soon get 100% and even permission to restart international operations.”

“By July of next year, we should also have returned to pre-Covid levels internationally.”

Currently, the Center has enabled airlines to deploy limited domestic operational capacity of up to 85%.

In addition, he said pent-up demand has now become more sustained and predictable, which should boost growth.

“Last year there was no theft for a period, as a result there was a huge pent-up demand, but it slowly ran out of steam.”

“Now I don’t think this is pent-up demand, but a gradual increase in demand.”

Regarding the progression of the pandemic, Dutta cited that current conditions are stable but warned of an element of uncertainty surrounding the new variants.

“If you look around the world, this Delta variant has clearly wreaked havoc in a lot of countries. In a way, we’re ahead of everyone else because we were hit first. So the havoc they did. see in other countries, we’ve already experienced it in May. So to some extent I think it’s behind us.

Currently, the company has a fleet of more than 270 devices. It operates approximately 1,100 flights per day connecting 70 domestic destinations and 24 international destinations.

Disclaimer: This article was posted automatically from an agency feed without any text changes and has not been reviewed by an editor