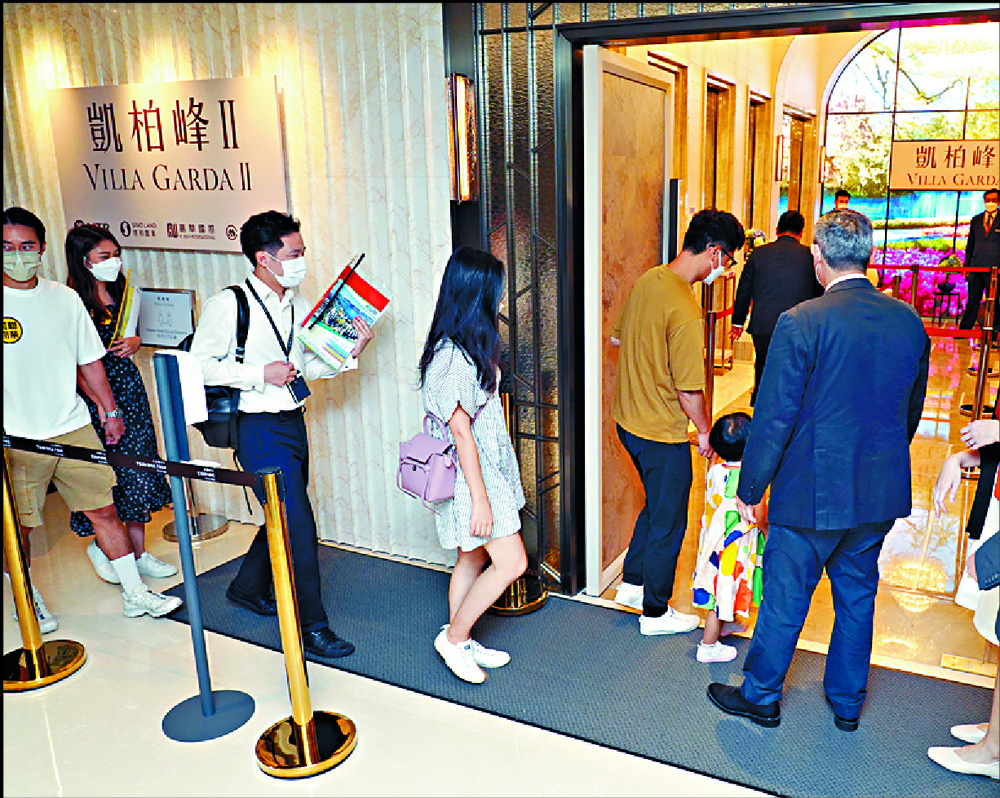 It came as increased supply of flats prompted landlords to cut rents to attract tenants, with some seeing rental yields drop to 1.6% at Ocean Marini in Lohas Park.

The landlord bought the apartment in April 2021 for HK$14.1 million, the agent said. The yield was around 2% based on the current rent, but if the landlord pays the management fee, the yield drops to around 1.6%, the agent added.

In the secondary market, seven transactions were recorded in 10 prime developments, according to Centaline Property Agency, a drop of 12% compared to the previous week.

Even though the market is worried about rising U.S. interest rates at the end of this month, housing demand remains strong, said Louis Chan Wing-kit, vice president Asia-Pacific for the residential division, adding as price reductions in the secondary market attracted buyers to enter the market.

Rival Midland Realty recorded eight deals in 10 major subdivisions it tracks on the secondary market over the weekend, down 11% from the previous weekend.