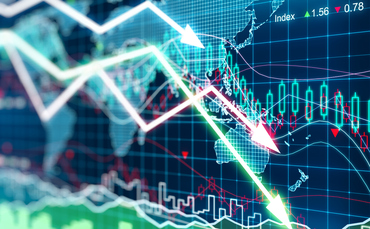 In its September Interim Economic Outlook, the OECD said that while the global economic recovery is strong, it remains uneven as countries grapple with a range of issues, including vaccination rates, supply and continued inflation.

The think tank warned that financial support to economies should remain as long as uncertainty over the short-term outlook persists, adding that fiscal and monetary policy plans should be clearly defined by central banks.

This should be combined with a still accommodative monetary policy, such as low interest rates and continued quantitative easing, and clear indications of how intensely they are prepared to let inflation run before taking action.

He added that international efforts should be stepped up to “provide low-income countries with the resources to immunize their populations,” while public investments in health, digital and energy infrastructure should also receive greater attention.

Peak of growth has probably passed, warns Bank of America

The UK has seen its growth forecast revised down by half a percentage point from 7.2% to 6.7%, although it is not the only one in the G7 to see a decline.

The United States and Germany received downward revisions of 0.9 and 0.4 percentage points, respectively, to 6% and 2.9%, while France and Italy increased their estimates by growth, up 0.5 and 1.4 percentage points to 6.3% and 5.9%.