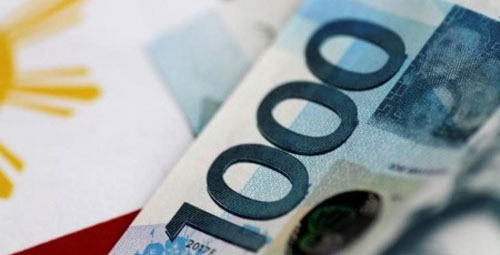 The Monetary Board has approved the designation of PESONet and InstaPay as Major Import Payment Systems (PIPS) under the National Payments Systems Act (NPSA).

In the context of payment system oversight, PIPS refers to a payment system that may not trigger or transmit systemic risk, but which could potentially have negative economic effects or undermine public confidence in the national payment system. payment or in the circulation of money.

Designating PESONet and InstaPay as PIPS would subject them to closer monitoring and scrutiny by Bangko Sentral ng Pilipinas (BSP) to protect the public.

“The designation of PESONet and InstaPay as PIPS is considered timely, as these payment systems will facilitate the launch of other use cases for digital transactions, such as interoperable bill payments and direct debits,” said the Governor of the BSP, Felipe M. Medalla.

“This further promotes consumer well-being as we continue to make progress toward BSP’s goal of achieving 50% digital payments by 2023,” the governor explained.

PESONet and InstaPay are digital payment systems launched in 2017-2018 as part of the national retail payment system. Their use has increased dramatically during the pandemic.

PESONet is a batch electronic funds transfer service and is a viable alternative for checks and recurring payments. InstaPay, on the other hand, is a real-time, low-value payment substitute for cash transactions.

Both payment systems are expected to comply with international standards that promote safe, efficient and reliable operations, in particular those provided by the BSP Circular Series No. 1126 of 2021.

Combined transactions using PESONet and InstaPay – the two interoperable platforms for electronic funds transfers – increased by 44% in volume and 46% in value at the end of December 2021 compared to 2020.

The volume and value of transactions using InstaPay – the platform for small value transactions worth ₱50,000 and below – exceeded ATM withdrawals for the period January to December 2021. The volume and value value of trades using PESONet – the platform for higher value trades – can approach verifying volume over time if it will maintain its steady increase.

During the same period, the number of PESONet participants increased to 94 while InstaPay reached 62 payment service providers. The growth and diversified participation of banks, including savings and rural banks, as well as non-bank e-money issuers, indicates the widening reach of interoperable digital payment services across different regions and classes of country’s income.

With this service enhancement, PESONet users can receive funds earlier than the usual end of the banking day.​

For participating banks and e-money issuers, this enables better risk management since settlement of transactions is spread over two cycles within one business day.

On the other hand, companies benefit from shorter clearing intervals, allowing them to better manage their cash flow.

At the end of 2021, PESONet transaction volume increased by 26% year-on-year, from approximately 5.5 million to 7 million.

The wider familiarization and use of digital payments made through PESONet and InstaPay has given impetus to other digital payment flows, such as EGov Pay and QR Ph facilities.