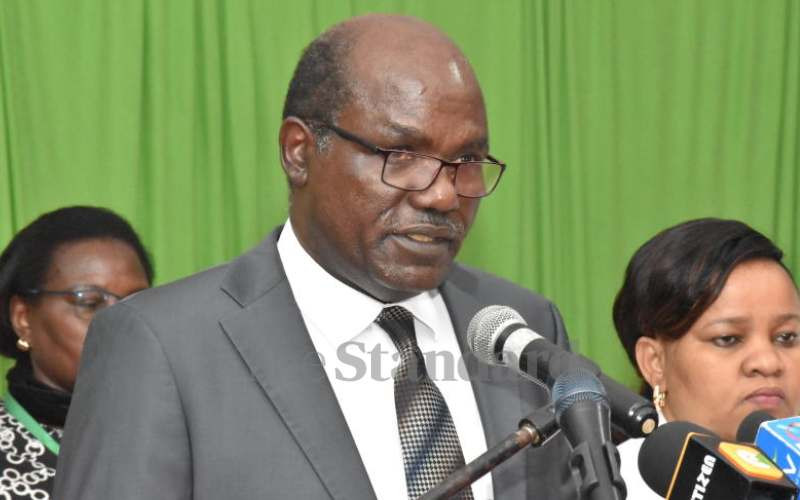 The general elections are less than two months away.

It is only natural that the readiness of Kenya’s electoral agency, the Independent Electoral and Boundaries Commission (IEBC), is in question.

Some concerns come to mind. The first concerns the IEBC’s decision to remove physical registers in all polling stations in the country and replace them with biometric registers.

When that decision is weighed against the possibilities of what could go wrong, it raises concerns. On the one hand, the election is a process permitted by the Constitution. The same Constitution envisages only certain results without the possibility of contestation, delay or adjournment, namely that the elections must take place on the second Tuesday of August every five years.

Anyone who has used an electronic device for a long time is well aware of failures that can occur for a number of reasons. Cell phones can suffer from a lack of network, laptops can crash, or computer systems crash due to data overload.

Biometric registers, being electronic, are not exempt from such failures. So what happens when polling stations face these challenges? How will any delays that arise be handled? What happens if systems are restored beyond statutory voting hours? Will a postponement be mentioned for those who are still in the vote queue?

Then there was the mysterious transfer of voters in at least six counties, questioning the integrity of the register itself. These counties were reported to have recorded transfers from one polling station to another of up to 29% against a national average of 5%.

They also saw an unusually high number of new registrations at 28% compared to the national median of 14%. In the same vein, some voters complain that they were transferred to new polling areas without their consent.

From the above, questions arise. In the absence of physical register in the polling stations, in case of failure of the biometric register, what is the logical continuation? By dint of such a failure, depriving voters of their inalienable right to elect their leaders is not envisaged by the Constitution.

Nor is it a postponement if the matter is not resolved during voting hours. Either way, a constitutional process is occurring that produces extra-constitutional results. Again, is the massive movement of voters from one region to another, some without their consent, a curious case of gerrymandering?

Transparent elections are essential to the well-being of the nation. In the past, the faulty conduct and management of the vote has created a climate of political violence and uncertainty. The tragic events that followed the 2007 national elections are still indelibly etched in the minds of many. One of the fundamental principles of democratic elections is that they must be free, fair, credible and transparent.

When leading candidates begin to question the credibility of the process, it falls to the IEBC to allay all reasonable fears; respond to all concerns within the limited time allowed for elections. But fundamentally, it also examines the possibility of future constitutional amendments. It exposes sections of election law that would remain unsolvable had the Supreme Court upheld the basic structure doctrine.

Perhaps in the future it will be possible to have laws in place that anticipate and resolve intractable issues that could create a constitutional crisis.

Because Kenya has had its darkest moments around the national elections, the IEBC cannot let up. He cannot afford the resulting anarchy that could potentially lead the country to an Armageddon from which there is no coming back.

As he continues to give regular press briefings on the voter register audit, let the IEBC give Kenyans every assurance that will come on August 9, leadership renewal will be free, transparent and within the deadlines set by the Constitution.