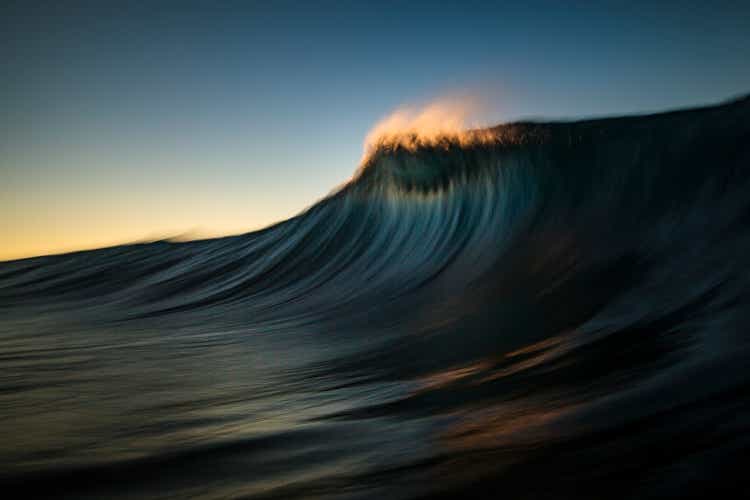 This article was originally published for Reading The Markets subscribers on July 30, 2022

The S&P 500 (SP500) has risen dramatically in recent days. Some people attributed this to the Fed’s “dovish” pivot, which in reality does not exist. But what does exist is liquidity that has shifted in the market in recent days as conditions for obtaining margin have eased and drawdowns of overnight repo facilities have stagnated.

Last week, depository institution reserve balances held at the Federal Reserve edged up to $3.276 trillion from $3.235 trillion, not a significant overall change. But for July, reserve balances rose from a low of $3.116 trillion in June. The week’s and month’s rise added liquidity, helping to lift stocks after a sizable decline in June.

Typically, when the ratio is around 10.75, it has peaked in the market, such as February 2, 2022, March 29, April 20, May 27, and June 27. This does not mean that the index has to see a new low. Still, it has marked short-term highs and, depending on the overall movement of reserve balances, may mark a turning point like that seen during the majority of these peaks in 2022, as reserve balances have generally declined.

But that may soon change as reverse repo activity appears to intensify as the Fed changes interest rates. There was an increase in repo activity after the Fed’s rate change last week, but it was also the end of the month, and there was an increase in activity at the end of the month. It will be necessary to monitor this use of the repo function. If it rises above $2.3 trillion this week, it would likely lead to tighter debt conditions and help reduce reserve balances, which is bad for equities, and would indicate that a decline is likely within the next two weeks.

If the Fed’s higher interest rates serve to pull more money from money market accounts into the overnight repo facility, it seems likely that access to margin should start to tighten. and that reserve balances should start to decline, which is negative for asset prices. Remember that most of the funds that go into reverse repos come from money market accounts. If that money is used to get the higher, risk-free rates from the overnight repo facility, it’s not going to the stock exchange, or any other market for that matter.