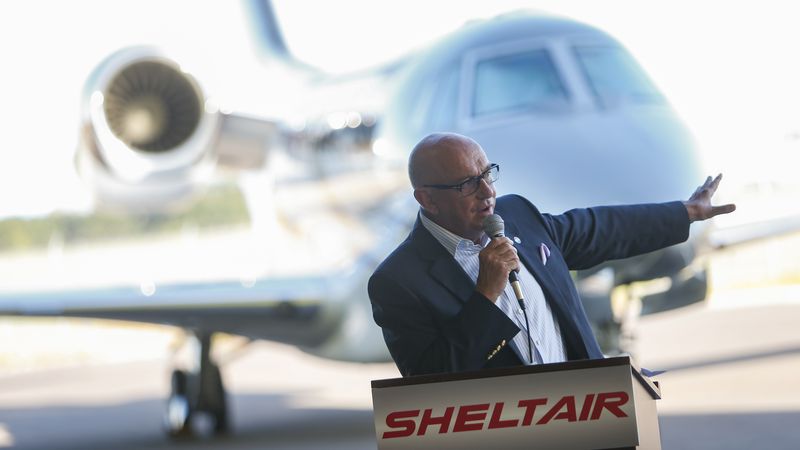 A Fort Lauderdale airline on Thursday unveiled a new $ 25 million hangar and office complex at Tampa International Airport, a sign of increased demand for private jet travel in Florida.

Sheltair Aviation of Fort Lauderdale plans to open four enclosed hangars with a maximum area of ​​33,269 square feet, each with its own office space of up to 14,247 square feet. In total, the project will add approximately 110,000 square feet of space to the company’s existing operations in Tampa when it opens in 2022.

The company already has over 200,000 square feet of space in Tampa. But the new expansion will allow more space for additional large planes, said Todd Anderson, chief operating officer of Sheltair.

“The program we’re doing is really indicative of what’s been going on with Tampa over the past five to eight years, with the explosive growth happening,” Anderson said. “And our business grows with it. “

Tampa International Airport has seen its private jet activity increase by 25% in the past year, with CEO Joe Lopano calling it “one of the success stories of the past few years.” This reflects the surge in global demand for private jets, which has become so robust that airlines have struggled to keep up.

At least part of that demand can be attributed to health and safety concerns during the coronavirus pandemic.

“There are people who don’t fly the airlines right now. They prefer to fly in private, ”Anderson said. “We saw an increase because of the fact that people didn’t want to fly on a commercial airline.”

Sheltair purchased what was previously known as the Tampa Jet Center in 2016 and has grown several times over the years, most recently with a $ 6.5 million expansion on 7.5 acres in 2018.