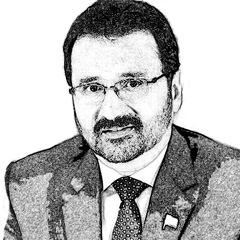 The Federal Board of Revenue (FBR) is not the same anymore. As the country’s first and largest fundraising organization, it is accelerating its total transformation with incredible speed. With each passing day, he drives more miles, setting new standards and thus raising the bar for himself. FBR has become a must-see place and offers a wide range of innovative, out-of-the-box digital interventions that aim to maximize income potential and, simultaneously, ensure the ease of doing business in Pakistan. Through a focused and dedicated team effort, she is constantly busy reorienting her vision, realigning her mission and reinvigorating her employees to accomplish much more in too little time. In other words, it’s riding like a phoenix and making headlines in the mainstream print and electronic media. Nothing succeeds like success and actions speak louder than words. With astounding revenue collection figures behind it, FBR is on track to meet the staggering Rs. 5.8 trillion revenue target set for the current fiscal year. The digitalization of economic transactions and the automation of business processes are the two central pillars of the new strategy vigorously pursued by FBR. This robust approach minimizes human interaction between tax collectors and taxpayers on the one hand, but also ensures transparency and plugs revenue leaks on the other. Ultimately, these key interventions seek to bridge the trust gap between RBF and the general public.

The digitization of economic transactions and the automation of business processes are the two central pillars of the new strategy vigorously pursued by FBR.

Reaching another important step towards automation and data integration to facilitate taxpayers, promote the ease of doing business, and reduce compliance costs, FBR has launched its National Sales Tax (NSTR) return. . The Minister of Finance congratulated President FBR and his team for making this long-awaited initiative possible in a short period of time. This milestone was only achieved through a significant engagement of FBR with the provincial tax authorities, which is a good example of the cooperation and unity between these organizations. In accordance with the existing constitutional arrangement, the sales tax on goods throughout Pakistan is collected by the RBF for the federal government, while the sales tax on services is collected by the respective provincial tax authorities. Although this mechanism conforms to the Pakistan Constitution of 1973, it creates many practical challenges for taxpayers as well as tax collectors. Due to the fragmentation of sales tax payment, taxpayers were required to file separate sales tax returns each month with each of the different sales tax collection authorities. For example, a telecommunications service provider operating throughout Pakistan must file returns every month with the FBR, Sindh Revenue Board, Punjab Revenue Authority, Khyber Pakhtunkhwa Revenue Authority, Baluchistan Revenue Authority, ‘AJK Council Board of Revenue and the Gilgit-Baltistan Revenue Authority. Of course, this was a very tedious and cumbersome task, which often led to errors and disputes. Therefore, it is positively hoped that the reforms of the sales tax regime introduced previously in the Supplementary Finance Bill-2021 and the new data repository developed by FBR in collaboration with NADRA were a big step forward. towards the documentation of the economy and the completion of the chain of VAT which remained cut off. due to distortions. The NSTR will be another pillar in achieving this goal and the RBF will now be able to assess the indicative income of non-filers with sufficient precision and through the use of technology.

The urgent need for a single sales tax return was felt a long time ago and FBR was committed with the provinces to negotiate an agreed mechanism. Therefore, it is relevant to note that the national sales tax return was developed after detailed discussions and elaborate agreements signed with the provincial tax authorities. Hence, it is also acceptable for them. Feedback from other stakeholders, including taxpayers and tax professionals, is also very positive. This will save you time and effort, and lower compliance costs. In addition, this was also a key recommendation of international agencies such as the World Bank, which is now being respected. One of the greatest advantages of this system is that it encourages the harmonization of tax procedures, definitions and principles between the federal government and the provinces, which will promote national unity and cohesion. This innovative initiative comes as a tectonic shift in the way sales tax is collected. It was only recently that FBR signed agreements with the provincial authorities to work together and prepare for such a return. FBR has secured contributions from all stakeholders to develop this feedback, which will benefit all who use it. Taxpayers will only enter sales data once. The system will serve as a single repository for all national transactions and invoice management. The system will automatically distribute the input tax, prepare the declaration and calculate the tax payable to each of the competent authorities. This will eliminate tedious repeated data entry, manual calculations and errors.

It is relevant to share that the new system is based on the IRIS platform, which already has many built-in features. For example, notices, assessment orders, reimbursements, exemptions and the legal management system are already integrated. The IRIS platform has proven to be very robust over time and continues to be improved. The new system has links to POS transactions as well as Track & Trace. It simplifies tax filing procedures, helping taxpayers save time and effort. Thus, it facilitates taxpayers, promotes ease of doing business and reduces compliance costs. It minimizes data entry, solving the common problem of data and calculation errors. The system will automatically distribute the input tax adjustment as well as the tax payments among the sales tax authorities, eliminating the need for reconciliations and payment transfers. It is easily manageable, because managing a system is easier than six. Through this system, officers of all tax authorities will be able to make more informed decisions regarding taxpayer tax matters. It will allow tax collectors to improve revenue potential and tax compliance without audits. It will promote the harmonization of procedures, definitions and fiscal principles between the federal government and the provinces. This will promote national unity and cohesion. The new system will significantly contribute not only to broadening the tax base, but also to ensuring the ease of doing business. It is certainly hoped that these innovative, out-of-the-box digital interventions are primarily aimed at increasing the tax-to-GDP ratio to 15% in the short term.

The RBF was quickly moving towards developing a similar national tax return in order to make it easier for taxpayers and, at the same time, to maximize tax compliance. It is so reassuring that FBR has taken responsibility for developing digital revenue collection systems that are reliable, transparent and credible. These are offered to all federating units in order to promote a uniform culture of tax compliance across the country. Provincial tax authorities can greatly benefit from these useful digital platforms and capitalize on the data available to maximize their revenue potential within their respective jurisdictions. This unique approach promises a truly national perspective that is poised to usher in a new era of national integration and community cohesion in Pakistan. It is much more noble and higher than the simple collection of income. The RBF has set an example for all other federal institutions by developing strategies and finding solutions that create a win-win situation for all.

The writer is a public servant by profession, writer by choice and motivational speaker by passion!