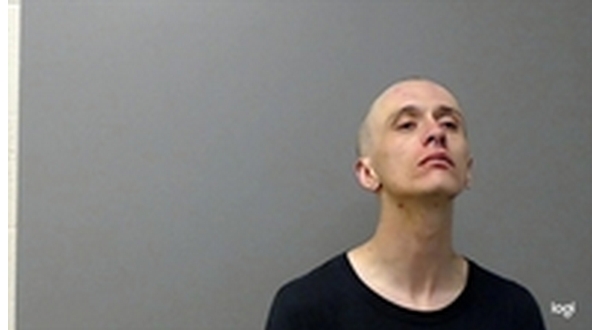 A 26-year-old man listing an address in Yellville pleaded guilty to charges in two criminal cases opened at a session of Baxter County Circuit Court on Monday and was placed on probation for six years.

The two arrests of Kevin Andrew Gerts took place in 2021 and stemmed from traffic stops – one in January and the second in early April.

According to probable cause affidavits in both cases, Gerts was found to have drugs, including methamphetamine and marijuana, and paraphernalia to ingest the drugs, either in the vehicle he was in, be on him.

BOTH SUSPECT AND VICTIM

Gerts is also the individual who was allegedly kidnapped recently by four people who believed he stole cell phones.

While with his captors, Gerts had his head shaved and was brutalized by individuals involved in the alleged kidnapping, one of whom was wearing a clown mask.

On July 19, Mountain Home Police were notified when an allegedly stolen bicycle was found abandoned at the Executive Inn. When police reviewed CCTV footage from the motel, they saw a kidnapping in progress.

A long-haired man was seen being dragged off a small bicycle and placed in the back seat of a vehicle. Most of the time he was trailed by his mid-length hair.

When police later located the vehicle, they found Gerts and three abduction suspects inside. A fourth suspect was arrested at the Executive Inn.

The four people believed to have been involved in the kidnapping and assault appeared in Baxter County Circuit Court on July 25 and pleaded not guilty.

The kidnapping victim became a suspect when Gerts was arrested July 26 in an unrelated case. He was charged with breaking and entering two houses – one along Laurel Road and the other along Meadowbrook Lane.

In both cases, the victims were at home. The resident of the Laurel Road home said he woke up to find someone in his home.

He told police he grabbed a gun and the intruder fled.

About two hours later, the resident of the Meadowbrook Lane house found someone in that house.

Police located a man, later identified as Gerts, riding a bicycle and matching the description given by the two owners.

When police questioned Gerts, he admitted to entering the first house because he was hungry. He said he stole the bike he was riding but could not remember where he stole it.

Gerts said he entered the veranda of the second residence, but told police it should not be considered illegal because the veranda was not part of the house.

HAS BEEN LOADED BEFORE

According to electronic court records, Gerts was involved in prior crimes, including breaking into vehicles and using information extracted from his then-girlfriend’s grandmother’s bank debit card to steal. nearly $400.

According to the probable cause affidavit in the first case, Gerts used the information to make four Western Union wire transfers and had the money sent to a friend and neighbor of his. The theft of the debit card was reported on May 19, 2018.

In early September 2019, Gerts was arrested for breaking into vehicles parked behind a business along Bomber Boulevard. He was sentenced to five years in prison after pleading guilty in the case.