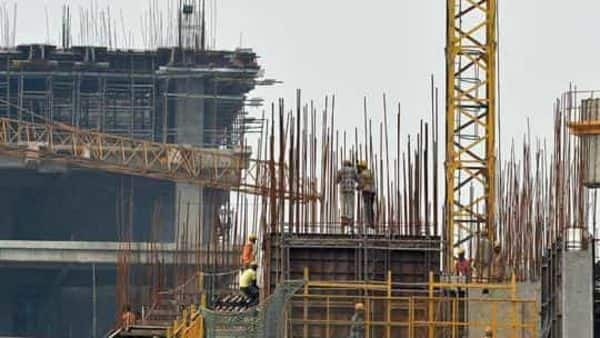 The four scenarios depend on whether growth accelerates or decelerates and whether inflation remains higher or slows for a long time. Wall Street analysts and most policymakers anticipate a â€œGoldilocksâ€ scenario of stronger growth and subdued inflation in line with [Western] 2% target from central banks. According to this view, the recent episode of stagflation is largely due to the impact of the Delta variant of Sars-CoV-2. Once it wears off, so will supply bottlenecks, provided new virulent variants do not emerge. Growth would then accelerate while inflation would fall.

For the markets, this would represent a resumption of the â€œtrade reflationâ€ outlook from the start of the year, as it was hoped that stronger growth would support higher earnings and higher stock prices. In this optimistic scenario, inflation would subside, bond yields would gradually rise in line with real interest rates, and central banks would be able to gradually reduce quantitative easing (QE) without undermining stock or bond markets. In equities, there would be a rotation from US markets to foreign markets and from growth, technology and defensive stocks to cyclical and value stocks.

The second scenario is that of â€œoverheatingâ€. Here, growth would accelerate as supply bottlenecks were removed, but inflation would remain stubbornly higher, as its causes would not be temporary. With unspent savings and pent-up demand already high, the pursuit of ultra-accommodative monetary and fiscal policies would stimulate aggregate demand even more. The resulting growth would be associated with persistent inflation above target.

The market’s response to such overheating would then depend on the reaction of central banks. If policymakers stay on the sidelines, stock markets could continue to rise for some time as real bond yields remain low. But the ensuing rise in inflation expectations would eventually boost nominal and even real bond yields, as inflation risk premiums rise, forcing a correction in equities. Alternatively, if central banks become hawkish and start fighting inflation, real rates would rise, pushing bond yields higher and again forcing a larger correction in equities.

A third scenario is continued stagflation, with high inflation and much slower growth. In this case, inflation would continue to be fueled by accommodating monetary, credit and fiscal policies. Central banks, trapped in debt by high public and private debt ratios, would then find it difficult to normalize rates without triggering a financial market crash.

In addition, a host of persistent negative supply shocks over the medium term could dampen growth and push up production costs, which would increase inflationary pressures. Such shocks could come from de-globalization and the rise of protectionism, the balkanization of global supply chains, demographic aging in developing economies, migratory brakes, Sino-American “decoupling”, climate change on commodity prices, cyber warfare, pandemics and the backlash of income and wealth inequalities. In this scenario, nominal bond yields would rise much more as inflation expectations lose their anchor. And real yields would also be higher, as rapid and volatile price growth would increase risk premia on longer-term bonds. Stock markets would be poised for a sharp correction, potentially in bearish territory.

The last scenario would be that of a slowdown in growth. Weaker aggregate demand would prove not only to be a transitory fear, but a harbinger of the new normal, especially if monetary and fiscal stimulus are withdrawn too soon. In this case, weaker aggregate demand and slower growth would lead to lower inflation, stocks would correct to reflect weaker growth prospects, and bond yields would continue to decline.

While most policymakers and market analysts have pushed the Goldilocks scenario, I fear the overheating scenario is no longer salient.

Given today’s lax monetary, fiscal and credit policies, the fading of the Delta variant and associated supply bottlenecks will cause growth to overheat and leave central banks stuck in between. the hammer and the anvil. Faced with a debt trap and persistently above target inflation, they will almost certainly weaken and fall behind, even if fiscal policies remain excessively flexible.

But, in the medium term, as a variety of lingering negative supply shocks hit the global economy, we could end up with stagflation or overheating much worse than mild stagflation: full stagflation with much higher growth. low and higher inflation. The temptation to reduce the real value of large nominal fixed-rate debt ratios would lead central banks to adjust to inflation, rather than fighting it and risking an economic and stock market crash.

But today’s debt ratios are significantly higher than in the stagflationary 1970s. Over-indebted public and private officials with much lower incomes will face insolvency once inflation risk premiums push real interest rates up. The Panglossian scenario that is currently embedded in the financial markets could eventually become a pipe dream. Rather than focusing on Goldilocks, economic watchers should remember Cassandra, whose warnings were ignored until it was too late. Â© 2021 / Project union

Nouriel Roubini is Professor Emeritus at the Stern School of Business at New York University.